The Coronation of Queen Mary 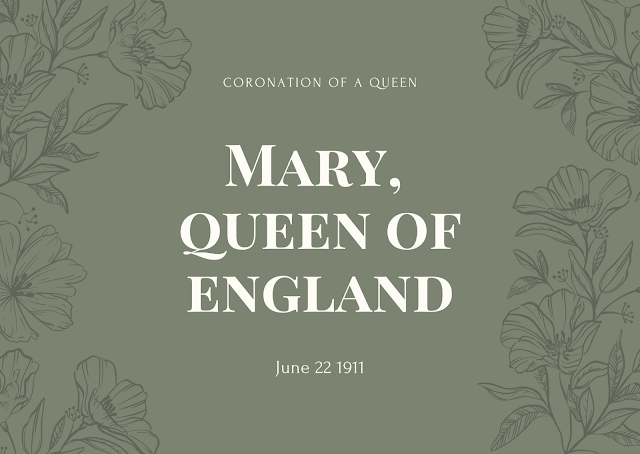 This is a blog post all about feelings, a word rarely associated with Queen Mary. The consort of King George V has acquired a reputation for cool headedness, verging on the icy, and much of that, it has to be said, was of her own making. But perhaps that's why the feelings of Mary on the day she was crowned are so interesting to guess at. For Mary had carefully crafted her facade of duty above all when she was plucked from royal obscurity, if not shame, by Queen Victoria. She knew she had once been the laughing stock of the court but now she commanded it. Her feelings on the day of her coronation must have been intriguing. 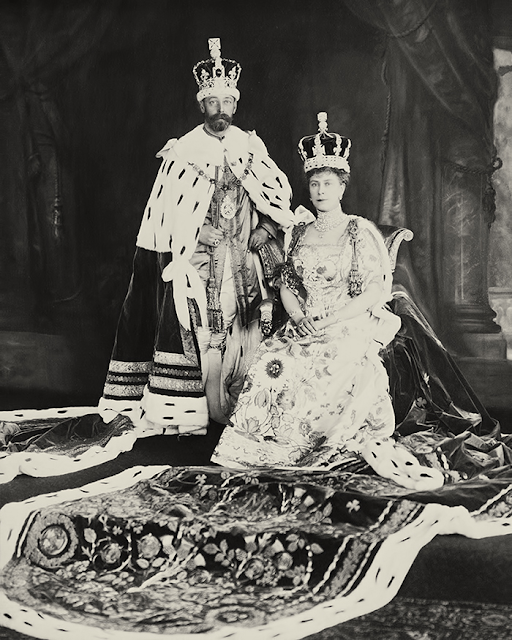 To be crowned as queen is surely a moment of triumph for anyone who undergoes that ceremony. If Anne Boleyn can lay claim to being perhaps the most victorious consort at the moment of her coronation then Mary must be a close second to her. For Mary, like Anne, had faced plenty of laughing critics on her way to the top of the royal tree. However, that's where the similarities end. For while Anne made sure everyone knew just how happy she was to finally get her crown,  Mary was all discretion on the day of her victory. And yet she must have been feeling very pleased with herself indeed. 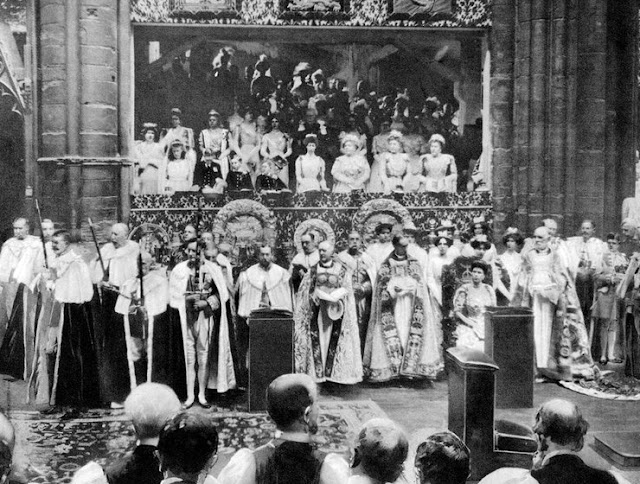 Wouldn't you if you had had the last laugh? Mary, whose parents had run out of money in such a desperate way that they had had to flee abroad and live on the good wishes of others, had been sneered at by many in her early years. When Victoria had chosen her as a bride for the second in line to the throne, Albert Victor, her wedding plans were destroyed when the groom died before their marriage. But she had held on, moving to the new future king, George, who she wed in 1893. She had provided him with five sons and a daughter as well as stability and the PR bonus of a happy family life. Now, she walked at his side as a crowned queen. 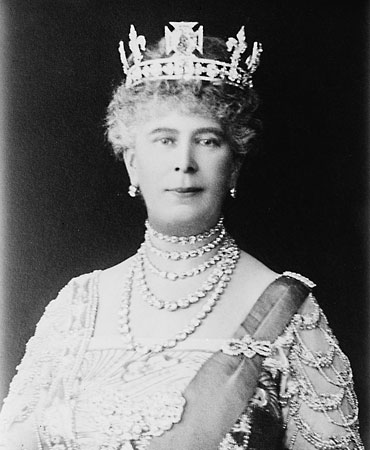 How must Mary have felt as she was crowned? She was a far from ebullient person by nature and she often counselled others to keep themselves in check so the face remained serious, the countenance dignified. But on that day, her triumph over all those who had mocked her was complete. For Mary, queenship was a duty and a destiny, she would have embraced it was all seriousness. But I can't help imagining her feeling really rather special as she made her way to Westminster Abbey. The princess mocked as a royal reject was now the most royal of them all.
All photos Wiki Commons.
at June 25, 2020
Email ThisBlogThis!Share to TwitterShare to FacebookShare to Pinterest
Labels: Mary of Teck
Location: London, UK