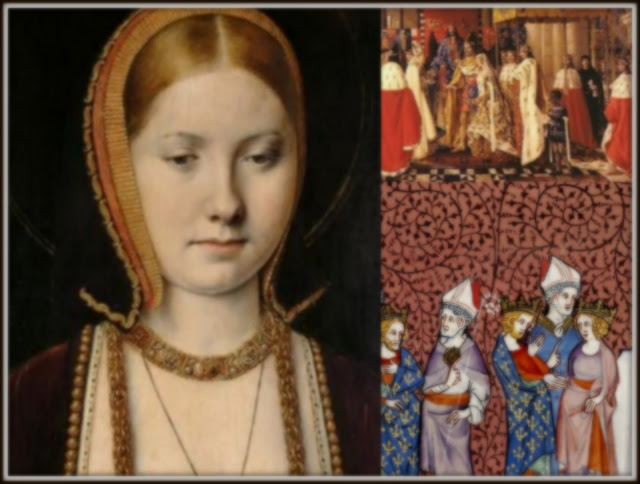 Save that date if you haven't already. Prince Harry and Meghan Markle will marry on May 19th 2018 at St. George's Chapel, Windsor but they won't be the first royals to say 'I do' on that date. In fact, three rather important medieval marriages took place on May 19th with the couples involved all related to Harry. Nothing like keeping it in the family.  Henry and Meghan make it their own next year but here are three unions that have already put May 19th in the royal wedding history books.... 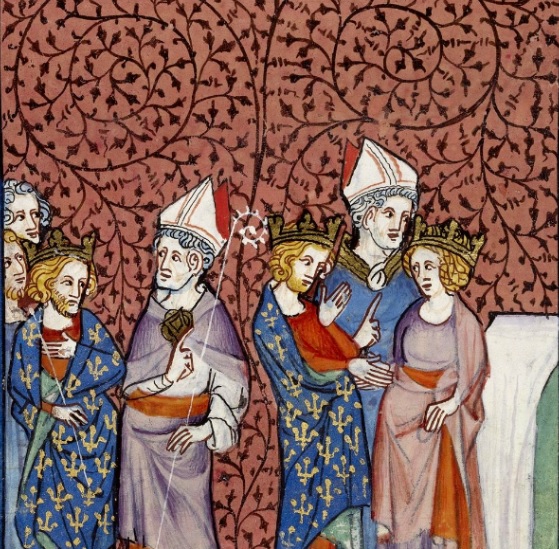 The royal families Henry was the son of King Robert II of France and his queen, Constance of Arles. Anne's mum and dad were Yaroslav the Wise, Grand Prince of Kiev and Ingegerd Olofsdotter of Sweden. They weren't traditional partners in royal marriage but it turned out to be a cracking match.

Why it mattered Henry I was the third Capetian King of France and still consolidating his family's hold on the crown. He was also without an heir after his first wife and their only daughter had died. Anne's family was rather good at babies while she was a rare creature among medieval princeses, having learned to read and write. Henry got a smart wife, Anne got a chance at power. What's not to like?

What happened next....the couple wed at Reims, the traditional coronation place of the Kings of France, and Anne was crowned queen straight after the wedding. The couple went on to have three sons and a daughter. But Anne also became a major political player at her husband's court. On his death in 1060, she became regent for their eight year old son, the new king, Philip I. She also founded an abbey as well as marrying Count Ralph IV of Valois who left his first wife for Anne. The Pope declared their marriage invalid. Anne died in 1075.

Links to Harry....Henry and Anne are the ancestors of every subsequent King of France meaning that their descendants married into the English royal lines and making them direct ancestors of Harry of Wales.

The royal lovebirds who made the Crown wealthy
May 19th 1359 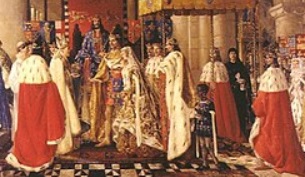 The royal families John was the third son of King Edward III of England and his queen, Philippa of Hainault. Blanche was one of two daughters of Henry of Grosmont, Duke of Lancaster and Isabel of Beaumont.

Why it mattered Edward III wanted good matches for his children and Blanche was about as good as it got. Her father had inherited so much wealth from various parts of his family that he could rival any royal in the rich stakes. This union put John of Gaunt, perhaps the most ambitious of all Edward's sons, in line for a vast fortune that could help consolidate the power of the crown for decades.

What happened next Blanche's father died less than two years after the wedding. Her only sister, Maud, died the following year so that huge great big fortune belonged entirely to Blanche and John who was made Duke of Lancaster by Edward III soon afterwards. John and Blanche were rather besotted with one another and produced seven children before Blanche's early death in 1368. John went on to marry twice more and use his massive fortune to try and win himself a crown. That never happened but his son by Blanche, Henry, would usurp the throne and become King of England in 1399. That also meant his huge fortune combined with the Crown - the Queen still bears the title Duke of Lancaster.

Links to Harry....John's third wife was his long time mistress, Katherine Swynford. Before their marriage they had four children who were made legitimate but not allowed to inherit the throne. When did that ever stop anyone with royal genes? Harry has their Beaufort offspring among his ancestors.


The wedding that would change England forever
May 19th 1499 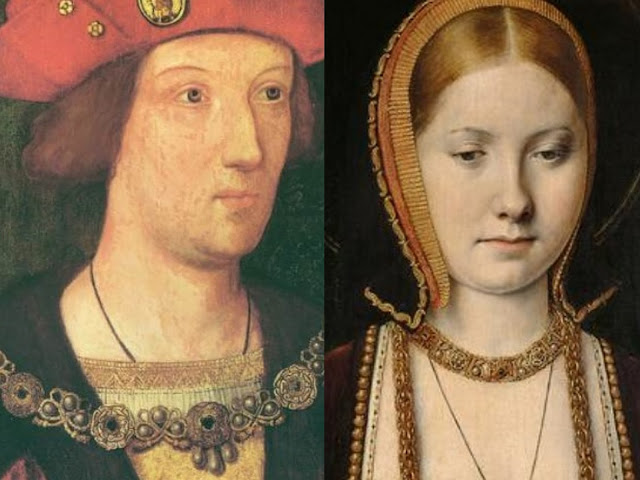 The royal wedding....their marriage by proxy took place at Tickenhill Manor, Bewdley, on May 19th 1499 with Roderigo de Puebla acting as proxy for the bride. The couple would wed in person

The royal families Catherine was the youngest daughter of Isabella of Castile and Ferdinand of Aragon who had unified Spain and taken power couple to new heights. Arthur was the eldest son of the pair who had ended the War of the Roses with their marriage, Henry VII and Elizabeth of York.

Why it mattered Henry VII needed a regal bride for his heir as their dynasty, which had won the throne in battle, was brand new and surrounded by plenty of other people across Europe with a better claim to the crown including Catherine and her parents. Ferdinand and Isabella were marrying their brood off across the continent and a grandchild as King of England was high up on the to do list.

What happened next...Arthur and Catherine were married in person in November 1501 but the young prince died five months later. His widow eventually married his younger brother just after he took the throne as Henry VIII. She claimed that the union, which began with that proxy marriage, had never been consummated but when Henry tired of her and wanted to wed Anne Boleyn he tried to prove otherwise so the marriage could be declared invalid. Catherine resisted and ended up being divorced by Henry who formed the Church of England in the whole process. She called herself Queen until her death in January 1536.

Their links to Harry...Henry VIII and Catherine have loose genealogical connections to Harry, both being descended from John of Gaunt and so Edward III. Of course, they had no direct descendants themselves. Harry, like the rest of the House of Windsor, counts Henry's sister, Margaret, as his direct ancestor.