The White Queen: a new mystery 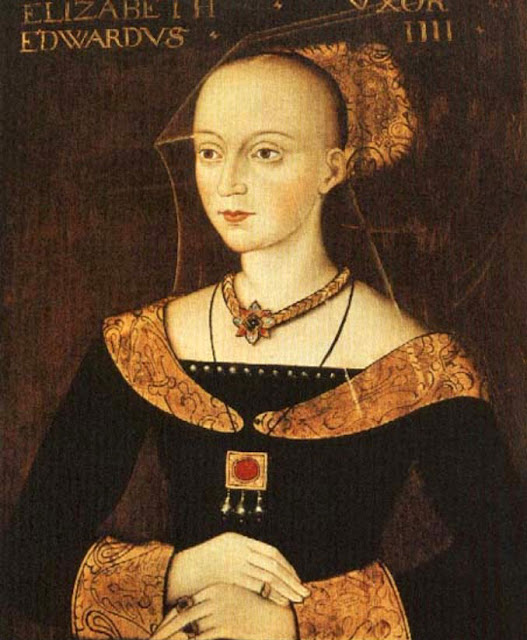 This blog began as The White Queen hit TV screens so it seems quite appropriate that as I reboot and refocus, Elizabeth Woodville takes centre stage again. This still controversial queen constantly calls for re-examining and today, I'm looking back at research published just a year ago which throws a different light on how she spent her final days.


Euan Roger, senior researcher at the National Archives, has come across a letter from the Venetian ambassador to England which he believes is proof that Elizabeth Woodville, Queen of England, died of the plague. It was written almost twenty years after her death but refers to 'the Queen-Widow, mother of King Edward' and he says that in those circumstances, it must refer to Elizabeth.

If it does, it raises more questions about the passing of the woman who shocked Europe when she became the first commoner to marry a King of England. Elizabeth died on June 8th 1492 at Bermondsey Abbey and was buried just four days later at St. George's Chapel, Windsor. Her funeral was simple, with few mourners and none of the pomp and ceremony that might be expected for the final farewell to a queen whose own daughter was now consort of England.

The almost invisible burial of Elizabeth Woodville has been taken by some to indicate a fall from grace - not her first, either. It's been seen as a sign that Elizabeth had angered her son-in-law, Henry VII, leading to suggestions that she'd supported revolts against his reign including that of the pretender, Lambert Simnel. It's also been taken as another indication that Henry's mother, Margaret Beaufort, was in complete ascendancy over Elizabeth who she had always looked down upon. Elizabeth Woodville's funeral was proof for some that the woman who rose high then fell low ended almost forgotten.

However, this new discovery could change all that. No cause for her death was ever given. If Elizabeth Woodville did die of the plague then, as Euan Roger pointed out to The Guardian, that would alter the picture. Her contemporaries feared the plague and would have buried their former queen as quickly as possible to avoid any risk of picking up the illness themselves. The fact that the queen was rushed out of London, silently, and then buried with little fanfare could well indicate that Elizabeth had succumbed to plague.

It might be difficult to find more proof. If we know one thing about Henry VII, it's that he liked to make sure the evidence presented him in a good light. The Tudors enjoyed nothing more than a good bit of spin and if their first king didn't want something mentioned in dispatches then chances are no one said a word. The very fact this letter dates from 1511 shows that, as far as we know, plague and his mother in law weren't mentioned in the same sentence during Henry's own lifetime.

And it adds one more intriguing chapter to the endlessly fascinating story of the White Queen, Beautiful, ambitious, determined, charming, capricious, fearless Elizabeth, a woman who changed royal history and helped found a dynasty that would alter the country itself into a nation almost unrecognisable from the one she knew, has always been a lure to those who love a good royal story. This new take on her final days keeps that tale intriguing, even now.
at April 14, 2020
Email ThisBlogThis!Share to TwitterShare to FacebookShare to Pinterest
Labels: Queens Consort, York Queens