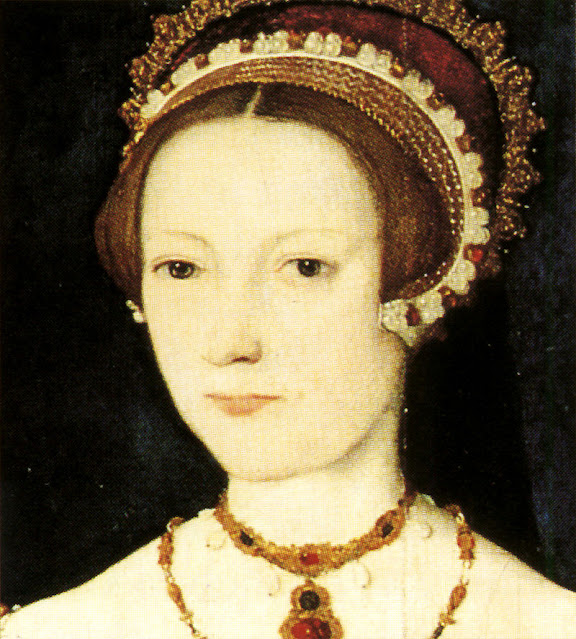 On July 12th 1543, King Henry VIII married for the sixth time. He was 51 years old while his bride was almost twenty years younger. However, Katherine Parr was no stranger to marriage herself. As she said her wedding vows that day, at Hampton Court Palace, she turned Henry into her third husband. And this much married duo were more than a match for each other. Katherine even achieved the seemingly impossible when she outlived her third spouse, becoming the famous survivor. So why did Henry and Katherine Parr get married?
Read more »
at July 12, 2020 1 comment:
Email ThisBlogThis!Share to TwitterShare to FacebookShare to Pinterest
Labels: Katherine Parr
Location: London, UK

The quiet bride who became a queen 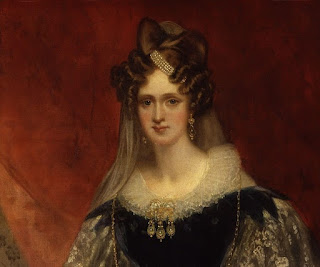 Adelaide of Saxe-Meiningen married William, Duke of Clarence on July 11th 1818 in a discreet ceremony at Kew. In fact, it was so discreet, this royal bride didn't even get the day to herself. Her wedding was a double celebration with her groom's brother also saying 'I do' at the same time. Adelaide was easily the least showy of the four protagonists that day. But she kept on keeping on and ended up as Queen of England.
Read more »
at July 11, 2020 No comments:
Email ThisBlogThis!Share to TwitterShare to FacebookShare to Pinterest
Labels: Queen Adelaide
Location: London, UK 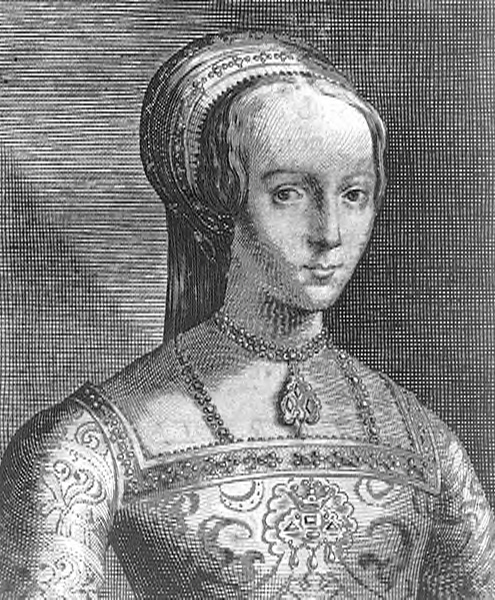 On this day, in 1553, a young woman with a sharp brain and a dash of royal blood found herself in a unique position. The Crown of England was offered to her and Lady Jane Grey stood on the brink of becoming the country's first female regnant. She accepted, unwillingly she said, and entered the Tower of London to prepare for a coronation that never took place. Nine days later, she was deposed and just seven months later, she was executed at the fortress she never left again. But should we count Jane as a Queen of England?
Read more »
at July 10, 2020 No comments:
Email ThisBlogThis!Share to TwitterShare to FacebookShare to Pinterest
Labels: Lady Jane Grey
Location: London, UK

The Queen born to be a dowager 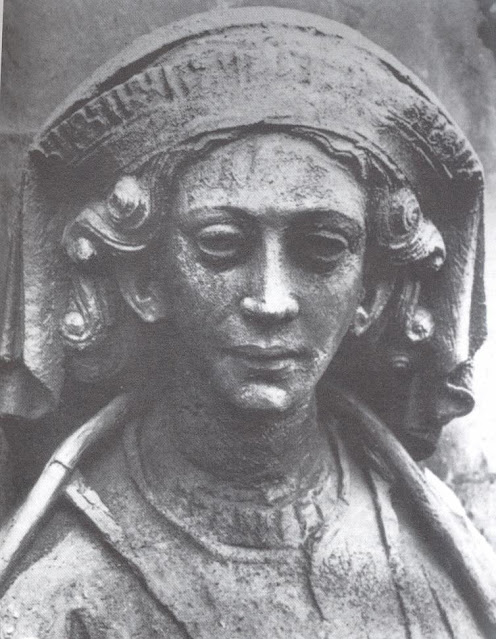 Marguerite of France was born to be a dowager. The quiet, unassuming, willing to help everyone royal had spent her entire queenship in the shadows of her predecessor so when she became a widow, she was ready to fade to grey one more time.
Read more »
at July 08, 2020 No comments:
Email ThisBlogThis!Share to TwitterShare to FacebookShare to Pinterest
Labels: Plantagenet Queens
Location: London, UK 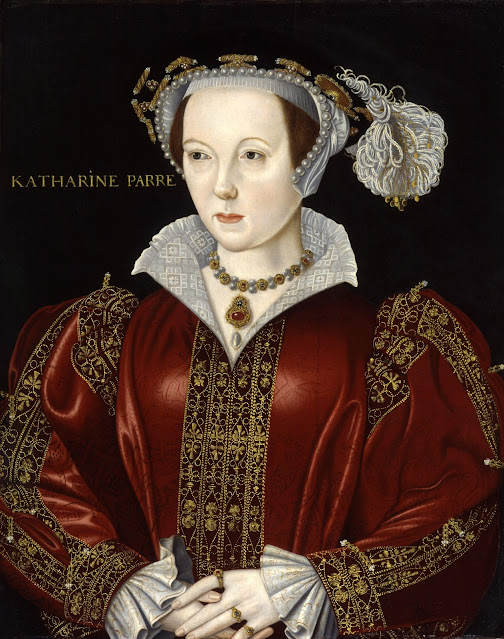 Katherine Parr, that much overlooked Queen of England, was at the height of her power in July 1544. As she approached the first anniversary of her marriage to Henry VIII, Katherine wasn't just consort. Her husband had headed to France for one last attempt at military glory and the person he chose to rule in his place during his absence was his wife. Katherine was now Regent of England.
Read more »
at July 07, 2020 No comments:
Email ThisBlogThis!Share to TwitterShare to FacebookShare to Pinterest
Labels: Katherine Parr
Location: London, UK

The Coronation of Anne Neville 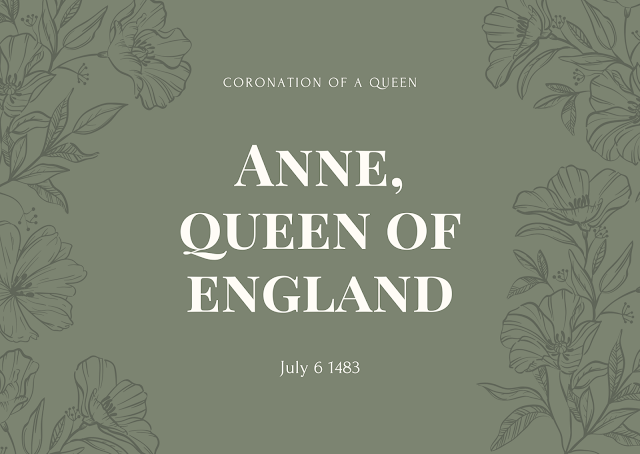 Anne Neville, daughter of a kingmaker, was crowned as Queen of England on July 6th 1483.
Read more »
at July 06, 2020 No comments:
Email ThisBlogThis!Share to TwitterShare to FacebookShare to Pinterest
Labels: Anne Neville

The Wedding of Queen Mary and King George V 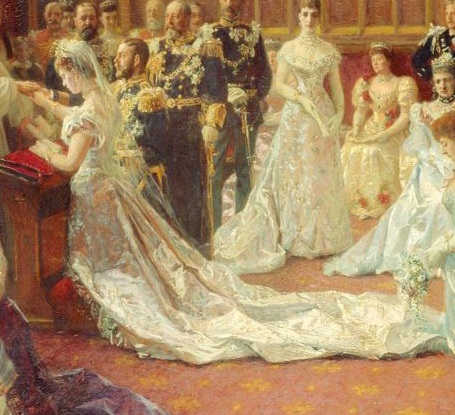 Mary of Teck, the fairytale princess who hid her story behind a wall of stone faced dedication to duty, was set on a path that would bring her a crown on July 6th 1893. On that summer's day, she married the future George V in a huge royal wedding that turned them into a king and queen in waiting.
Read more »
at July 06, 2020 No comments:
Email ThisBlogThis!Share to TwitterShare to FacebookShare to Pinterest
Labels: Royal Weddings
Location: London, UK
Newer Posts Older Posts Home
Subscribe to: Posts (Atom)