Red roses for a king, from the Queen who followed him 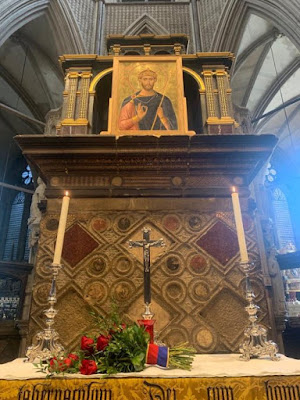 He was the king whose actions led to a Conquest seen as the turning point in royal power in England. She is the woman who wears the Crown that was claimed in Conquest and which has wielded power ever since. On a cold October day in London, Elizabeth II left red roses at the tomb of Edward the Confessor, one more chapter in the royal story that links them both and all played out in a building associated with the Monarchy for centuries.