Was Elizabeth Woodville really such a White Queen?


A beautiful, ambitious, clever and successful woman who started wars and made kingdoms should really be a little bit more famous than Elizabeth Woodville.

She hits the headlines again this week as the BBC brings her story to the small screen from 16th June in its lavish version of Philippa Gregory's bestseller, #TheWhiteQueen.

But this 2009 epic novel is one of just a handful based on the life of a woman whose story has the lot - murder, mystery, jealousy, intrigue and buckets of sex.  The fact that Elizabeth is so neglected by history and novelists alike is testament to the power of Tudor propaganda.  You either loved Elizabeth or you hated her, a proper marmite queen.

England's first Queen Elizabeth may have been integral to the Tudor success story - she was the mother of Henry VII's consort and grandmother of Henry VIII - but her determination won her enough enemies to make her an uncomfortable reminder of the bloody War of the Roses that had given birth to the new royal house.  And quickly, effortlessly, silently, she was relegated to a bit part in the dynasty's story.

To her supporters she is the beautiful woman with sense and strength enough to win a King's heart and a share in his realm.  To her detractors she is a social climbing gold digger determined to carve up England for her grasping family.  As the spotlight finally falls again on the first commoner to be Queen of England, it's time to ask...how pure was Elizabeth, the White Queen? 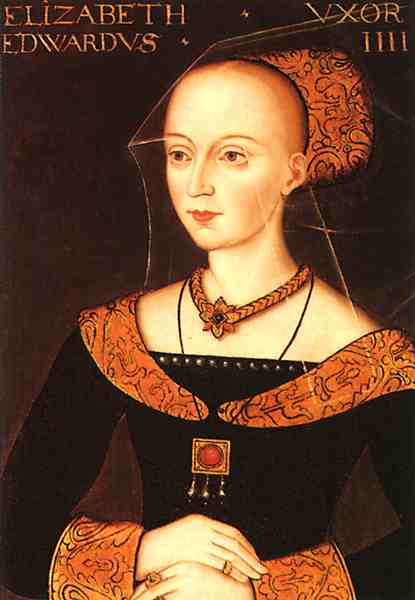 at May 25, 2013 No comments:
Email ThisBlogThis!Share to TwitterShare to FacebookShare to Pinterest
Labels: Elizabeth Woodville, War of the Roses, White Queen
Newer Posts Home
Subscribe to: Posts (Atom)