Prince Charles on the starting blocks

Just when it seemed as if nothing could stop the rise of William and Kate as the next big thing for the British monarchy, the boy born to be king in 1948 is suddenly centre stage.  The appearance of Prince Charles at the start of the Sport Relief Mile in Scotland wasn't just the chance for the heir to the throne to lend his support to a major British charity event.  It was a chance for a truly symbolic photos.  This week the households of the Queen and the prince are expected to announce that they will be merging their press offices.  It's also been announced that the prince will accompany his mother to Normandy in June for the events commemorating the 70th anniversary of the D Day landings.  Some royal commentators are taking this as a sign that Prince Charles is stepping into a far bigger role in 2014.  Cue photo of a king in waiting with a klaxon in his hand, about to start a race. 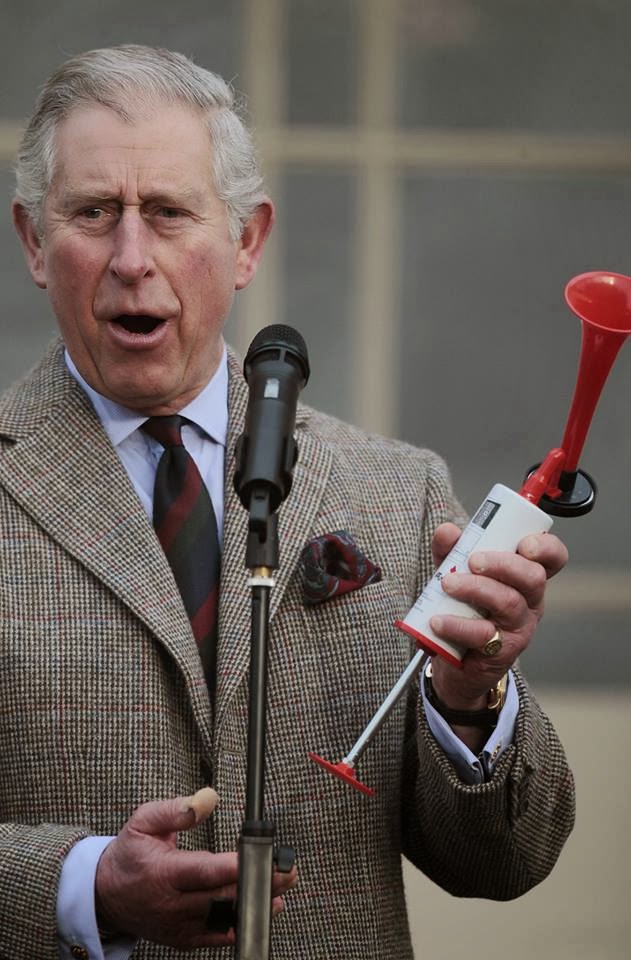 One's orf - Prince Charles, Prince of Wales and Duke of Rothesay starts the Sports Relief Mile in Scotland on January 21st 2014.  It came at the start of a week where the prince is set to take on a much higher profile within the Royal Family

And the symbolism of the prince starting a mile long race isn't lost on anyone.  His path to the throne has always been a jog, not a sprint.  He became heir when he was four and his mother just twenty six.  He was always going to have to wait to be king.  But in recent times, the next in waiting has been eclipsed and overshadowed by the second in line and even the third and fourth in waiting with huge media attention on William, George and Harry.  But now with the Duke of Cambridge studying for ten weeks and his duchess at home with baby behind closed doors, the spotlight can fall firmly on the next monarch.  The decision to merge the two royal press offices and the increased role already established for the prince in overseas royal trips where he will take on more of the Queen's duties in years to come highlights a change in status for Charles of Wales.  He may wait many more years for his crown and there is no possibility of a regency or of the Queen abdicating.  But while the paparazzi may want snaps of Kate, the state spotlight will be resting on her father-in-law.  Charles' most important race is now underway.