The Queen's daughters: Matilda of Flanders 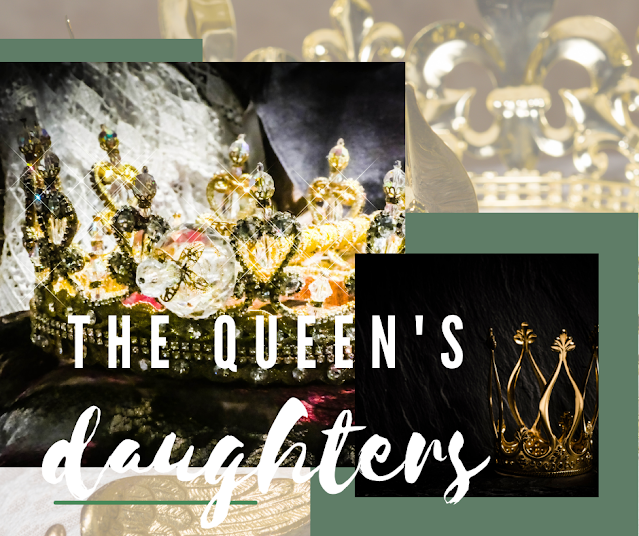 In Women's History Month, I'm going to take a look at the relationships of England's queens with other women in their families. One of the most crucial bonds is that of the consorts with their daughters, many of whom went on to have famous royal careers of their own. I'm starting with England's first post Conquest queen, Matilda of Flanders.

Matilda is believed to have had at least five, probably six, daughters although, with no legal requirement to record birth details at the time, finding exact records for her family isn't easy. The chroniclers of the day were more interested in the political events and PR potential of what was going on around them so accurate details of events like new arrivals are hard to come by, even for the Queen of England.

However, several sources point to Matilda and William having ten children, four sons and six daughters. Among the best known is Cecilia, who may even have been the eldest of their girls. She is thought to have been born around 1056, long before her father conquered England, and had already entered the religious house founded by her mother at Caen by the time William set sail for Hastings. Cecilia rose to be Abbess at the Abbey of Sainte-Trinite in Caen where she was well respected.

The fact that Cecilia went into her mother's Abbey might well indicate her being first in the pecking order of girls. However, a mortuary roll prepared there suggests another daughter, Adeliza, may have been older. She is much more of a mystery figure although some sources point to her being the daughter William and Matilda chose to betroth to Harold Godwinson in the years before Hastings.

But then the vagueness starts again. Agatha is the name of another daughter who might have been the one chosen as a potential bride for Harold. Even less is known about her although Agatha of Normandy is also suggested as a fiancee for Alfonso VI of Leon and Castile. Equally little appears to be known about the daughter named after Matilda. Born sometime around 1061, Matilda of Normandy is again a name with little detail.

Much more is known about Constance of Normandy who was born around 1057 and who became a political pawn of her father just before his death. In 1086, William forced the Duke of Brittany into submission and as part of his peace plan, he married him off to Constance. Her tenure as Duchess lasted just four years with rumours that her husband poisoned her surrounding her death in 1090.

However, the best known of Queen Matilda's daughters must be Adela. Matilda was mother of two of the three kings that followed her husband on the English throne and Adela was mother of the other. Born around 1067, Adela married Stephen-Henry of Blois in the early 1080s and they soon became something of a power couple, with Adela acting as regent for her husband. She had several children including a son called Stephen who she saw seize the throne of England in 1135, two years before her death.