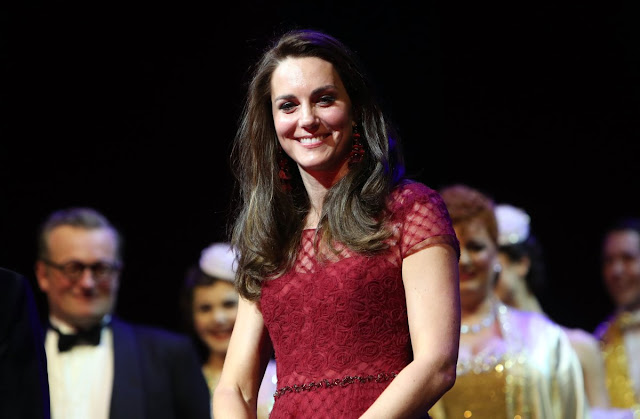 So just about everyone had it right. Kensington Palace caused absolutely no surprises today by confirming that baby Cambridge number 3 is due in April 2018. After the announcement that Kate and William are expecting another child was made at the start of September, all predictions pointed to an April due date. Now it's been well and truly inked in the royal diary.

The Duke and Duchess of Cambridge are delighted to confirm they are expecting a baby in April 2018. pic.twitter.com/jOzB1TJMof
— Kensington Palace (@KensingtonRoyal) October 17, 2017


The announcement was short, sweet and social media based. A tweet in the afternoon gave lots of royal watchers an epic amount of satisfaction as they could award themselves a pat on the back for having read this royal pregnancy to perfection. Given that Kate's previous two sets of great expectations had seen her cancel engagements due to Hyperemesis Gravidarum around 5 or 6 weeks into her pregnancies, it was always odds on that the same had happened this time round and the new fifth in line to the throne was destined to be an April baby. Tweet sent, sums confirmed. The wise will already have reserved their spot at the Lindo Wing.

The Duke and Duchess of Cambridge will undertake an official visit to Norway and Sweden at the request of the Foreign and Commonwealth Office in early 2018.
A post shared by Kensington Palace (@kensingtonroyal) on Oct 17, 2017 at 4:02am PDT

It wasn't the only news from KP today - steady, there's no engagement ring to be seen here and besides dad, Charles, will probably get to do that tweet from the Clarence House account. No, it was confirmed that the Duke and Duchess of Cambridge will be heading to Norway and Sweden for an official visit in the early part of 2018. That means January or February although neither the royals in London or those in Oslo, who also confirmed the visit, were more forthcoming on actual dates.


Which means we'll just have to content ourselves with knowing what the future holds in a rather vague way as we head towards what will be an epic year for the House of Windsor. William gets to go to Finland by himself at the end of November but after that, expect the royal rollercoaster to really gather pace. We've got royal reunions, an engagement that is all but done and dusted and now a spring day at St. Mary's as baby number three joins the Cambridge clan. Kate's dates for 2018 are looking great.