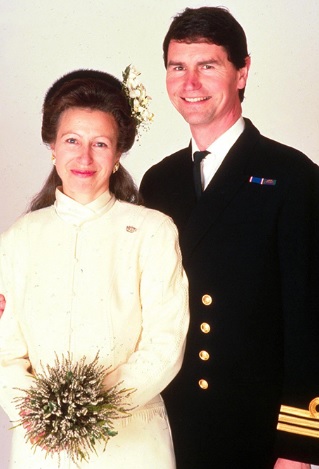 While everyone is still scrabbling to find their best dressed royal of 2017, we already know the regal outfit of 2018 and it doesn't even exist yet. Meghan Markle's wedding dress will be the stand out image of the royal style year. There are already lots of predictions as to what it might look like but the bride in question will keep us all guessing right up until the moment she walks into St. George's Chapel, Windsor in May. Ahead of that. we're taking a look back at some of the wedding dresses that already grace the history books of teh House of Windsor and today it's the most low key of them all. Princess Anne, the Princess Royal made history when she wed Timothy Laurence on December 12th 1992. She was the first divorced royal to remarry in almost ninety years. Today, the couple celebrates their silver wedding anniversary so what better time to look back at what Anne wore then in the latest installment of Windsor Wedding Dresses. 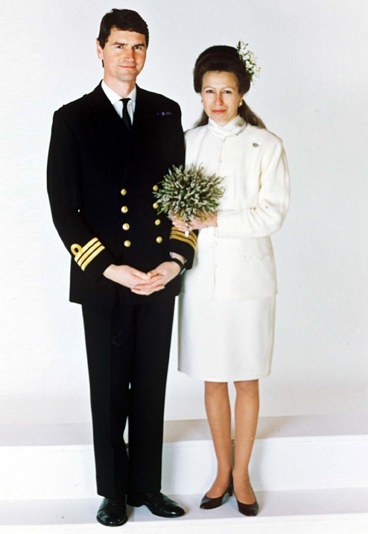 Anne's second wedding came at the end of what the Queen had described as her annus horribilis and just days after the then Prime Minister, John Major, had informed the House of Commons that the Prince and Princess of Wales were separating. Most brides can expect all eyes to be on them when they turn up to wed but as Anne arrived for her wedding at Crathie Church, there was plenty of interest in her guests as they made their first appearance together following the news that had made headlines around the world. Anne clearly couldn't have cared less, arriving smiling from ear to ear on the arm of her dad, the Duke of Edinburgh. And very chic she looked too.

The Princess Royal chose a knee length cream dress with matching fitted jacket. And black shoes. Yep, if anyeone was going to break the wedding trend for all things white it was Anne who went smart and sensible for the shoes. But she did give us a hint of romance with her flowers. The bouquet, carefully laid on the dashboard of the car her husband drove them to their reception in, and the small hair accessory were really rather pretty and very winter wedding. The day would prove to be a turning point in the checkered matrimonial histories of the Queen's children. Anne and Timothy Laurence celebrate twenty five years of marriage today and the dress remains a classic in the Anne mould. An historic part of the tale of Windsor Wedding Dresses.
at December 12, 2017
Email ThisBlogThis!Share to TwitterShare to FacebookShare to Pinterest
Labels: British Royalty, Harry and Meghan, Meghan Markle, Prince Harry, Royal Wedding 2018, Royal Wedding Dresses, Windsor Wedding Dresses