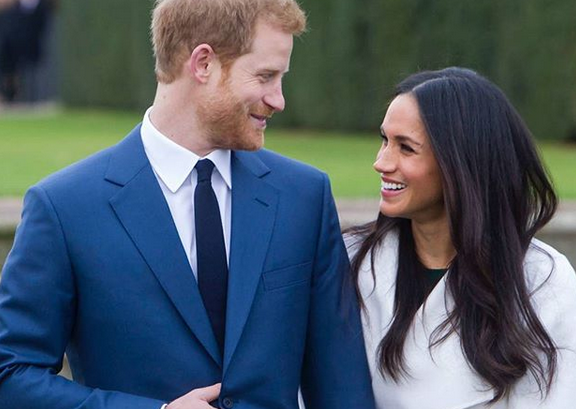 The date for your diary is....May 19th 2018. Prince Harry and Meghan Markle's wedding day has been confirmed by Kensington Palace. And put those dreams of a Bank Holiday on hold. Those modern royals are making like most of us and getting wed on a Saturday.

His Royal Highness Prince Henry of Wales and Ms. Meghan Markle will marry on 19th May 2018.


The date announcement came from Kensington Palace at 1pm today confirming that it's hats agogo at St George's Chapel, Windsor on the third Saturday of this coming May. Presumably hotel prices in Windsor for that weekend went through the roof within seconds.

The Duke of Cambridge is no doubt now willing his team, Aston Villa, not to make the FA Cup Final which is being held that day, too. William is President of the FA and, up until lunchtime today, a bolt on to hand over the famous trophy next spring. Now, there's another match on the horizon which no doubt takes precedence although kick off's not til 5pm meaning he could see little brother get hitched, deliver an embarrassing best man's speech and still make it to Wembley for Abide With Me. However, Kate might not be thrilled at being left with a newborn baby as well as a hyper four and three year old who have just got to show off in front of a whole church full of people while playing page boy and bridesmaid to uncle Harry and auntie Meghan.

Like most date in the calendar. Harry and Meghan's special day has already got plenty of royal history attached to it. As many people were keen to point out, poor old Anne Boleyn was executed on May 19th 1536 although Henry VIII had originally planned to get rid of queen number two days earlier but his swordsman was delayed on the way to the Tower of London. In fact, May 19th is perhaps the most key date in that royal Henry's chequered matrimonial career as his big brother, Arthur, was married by proxy to Catherine of Aragon on May 19th 1499. That union was the basis for Henry's later argument that he could bin his first wife and marry Miss Boleyn. Henry and Anne's daughter, Elizabeth I, also added to the history mystery by ordering the arrest of her cousin, Mary, Queen of Scots, on May 19th 1568. Let's round it all off by reminding ourselves that Henry VIII is buried in St. George's Chapel alongside Jane Seymour, wife number three who he married eleven days after Anne's execution. History is great but sometimes you just need to keep it light.

Embed from Getty Images
Back to the happy stuff. Justin Welby, Archbishop of Canterbury, has been waxing lyrical about the wedding in the past few days so let's presume May 19th is already in his diary. It's in just about everyone else's now. The Royal Wedding countdown has truly begun.