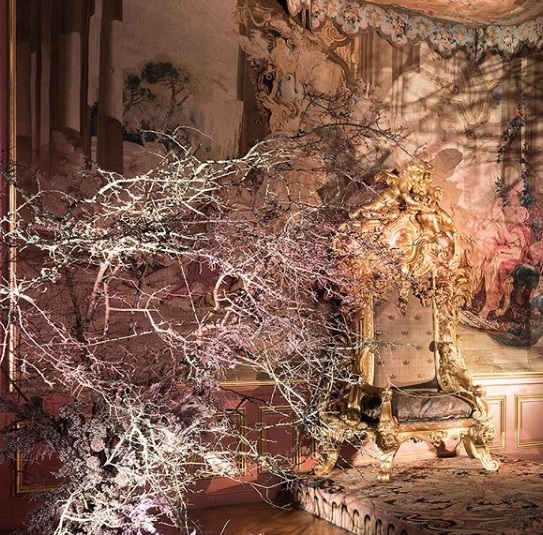 Christmas Eve. That most wonderful, magical, happiest of days when all the excitement of the celebration to come bubbles into life. It's a day for anticipation and preparations and joy. As it weaves its wonder, here's a round up of how the royals of Europe have wished us Merry Christmas. There's lots to love and some head scratchers but all with the same message of peace and hope and joy. And I wish everyone reading my blog the same. Have a very, very Happy Christmas. 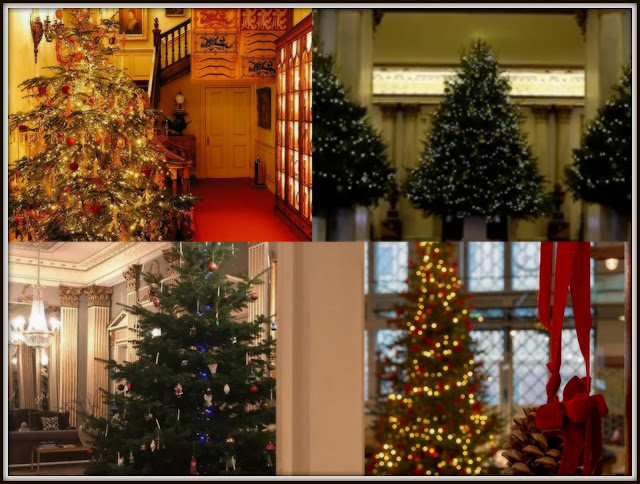 Let's do the trees first. We've had plenty of royal Christmas trees this year. In the montage above, the top left is the glittering Clarence House while on the right are three of the sparkling trees decorating Buckingham Palace this year. The bottom left photo is the tree trimmed by Crown Prince Frederik and Crown Princess Mary plus family this year while in the bottom right corner is the twinkling fir belonging to Norway's royals. 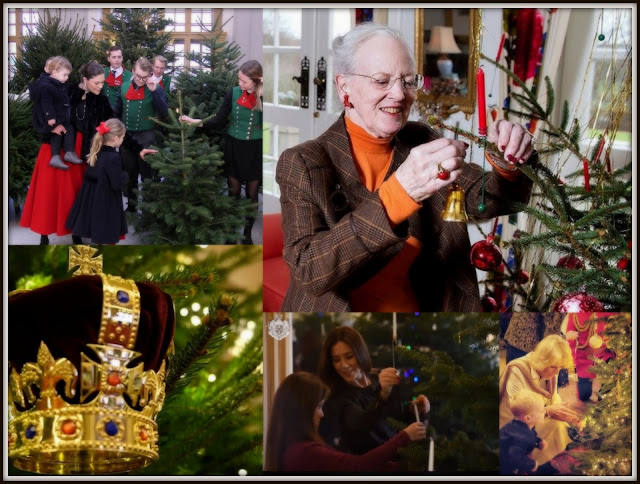 Christmas is as much about trimming the tree as it is the end product and thanks to royal social media, we've had lots of behind the scenes looks at festive preparations. Prince Oscar joined his mum, Crown Princess Victoria, and his big sister, Princess Estelle, in the Swedish tradition of bringing in the Christmas trees given to the royals every year. Queen Margrethe of Denmark marked Christmas Eve with an Instagram photo of her adding the final decorations to the tree. Buckingham Palace's tress are trimmed with crowns - what else? And Crown Princess Mary and the Duchess of Cornwall both shared their decorating afternoons with everyone and rather lovely it was, too. 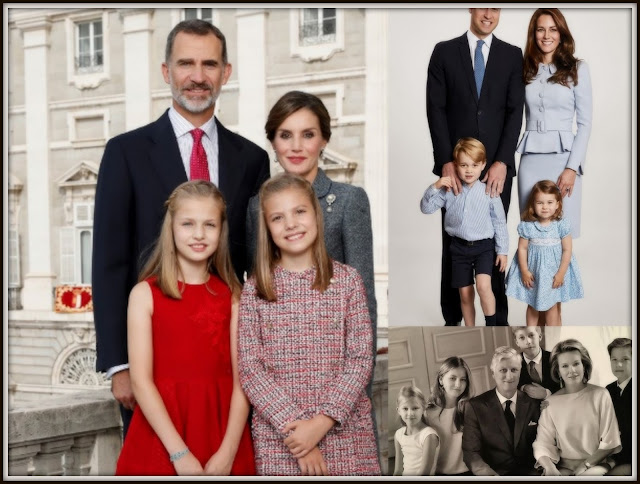 The royal Christmas card. What a rum bunch we've had this year. The King and Queen of Spain kicked everything off with a sunny snap of them taken months ago in which Letizia's chin is hidden and it set the tone for the year. Kate and William's card was roundly criticsed for being at least four months out of date and rather frosty in the least possible festive sense while the Belgian royal family looked lovely but not exactly Santa ready in a moody black and white snap. 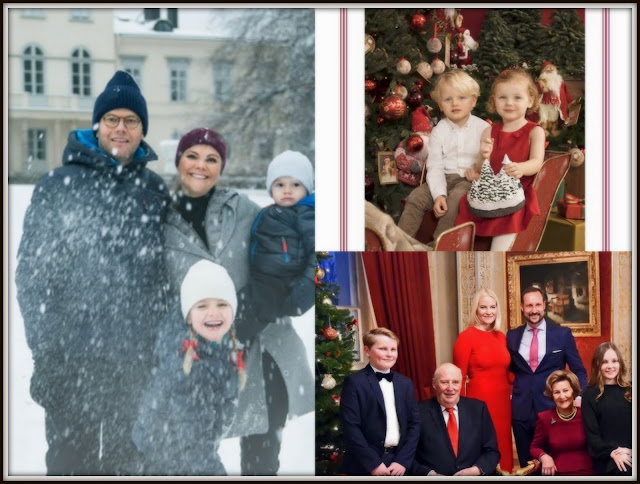 Christmas is special for many but most of all for children and the next royal generation have played a starring role in this year's celebrations. Victoria and Daniel of Sweden showed everyone how it's done with a Christmas greeting that featured their two youngster, Estelle and Oscar, playing in the snow. Prince Albert II and Princess Charlene of Monaco sent greetings featuring their twins, Jacques and Gabriella, who have just turned three. And the Norwegian Christmas card went really festive with Princess Ingrid Alexandra and Princess Sverre Magnus taking a starring role in front of a sparkling tree. That really says Merry Christmas. And that's the message here, too. To everyone reading my blog, have a very Happy Christmas.