A first win for Letizia in the 2017 style stakes 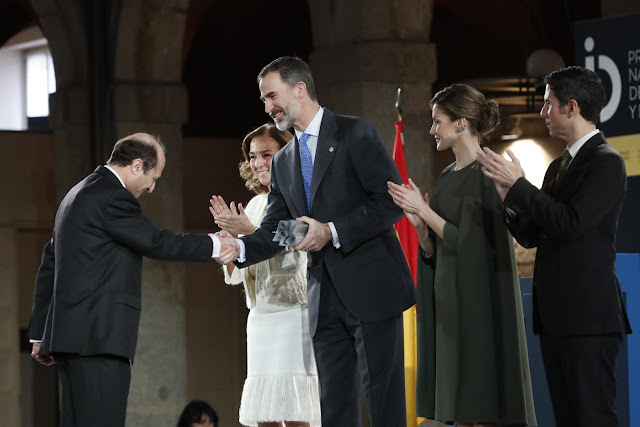 Queen Letizia topped this week's Royal Wardrobe poll and it might be a bit of a surprise to hear that it's her first win this year in the style survey. Yes, six weeks into the new year, the queen of chic has knocked everyone else out of the park with a solid style win.

The Queen of Spain won the most votes for her green cape dress, worn to an awards ceremony in Alcala de Henares, an outfit that wowed with its individuality.

Olive or avocado? You decide. Either way, the shade of the dress combined with the snakeskin accessories, not to mention the cape, made this a style win all round for Letizia. It joins all the other poll winners on a special page here where you can enjoy the Royal Wardrobe standouts for 2017 as they arrive.