The Queen on platform one.... 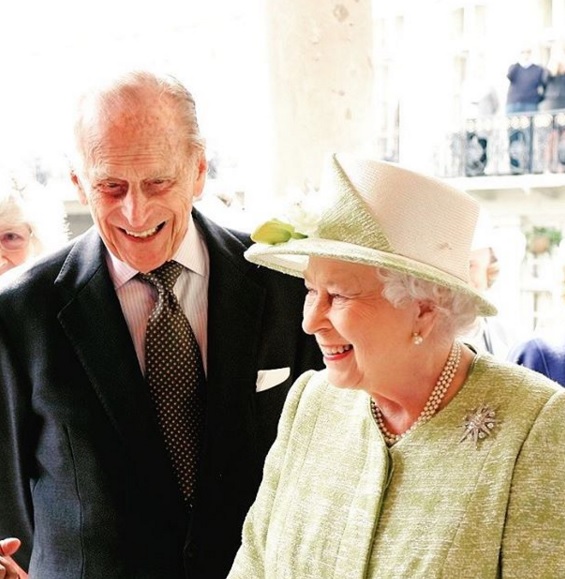 ...OK, that's it. Christmas is really, truly, properly, completely and absolutely done for another year. Bin the left over mince pies (they might be good til the end of the month but you didn't enjoy them that much at Crimbo), put the card that fell down the back of the radiator in the recycling and try and vacuum up the last of the pine needles. The Queen has left Sandringham and is on her way back to London. Christmas is done.

The sight of the Queen getting the train is always a joyous one and there's so much more reason to smile this time round. First of all, we missed the chance to see her disembarking at King's Lynn in December because of her heavy cold changing her travel plans - after missing Christmas Day service, the Queen is fully fit and that deserves three cheers. Secondly, it means the royal season is well and truly under way which can only be a good thing. Lastly, we got a glimpse of the Sapphire Queen for the first time since Elizabeth II set another record yesterday by becoming the first British monarch to reign for 65 years.

The Queen hopped on the train just before lunch for the journey of around 90 minutes back to London and a car ride back to Buckingham Palace. After spending the season at her beloved Sandringham and being at the Norfolk house where her father died on the anniversary of his loss, the Queen is back in the capital ready for busy year which will see the Duke and Duchess of Cambridge take on more royal responsibilities, a changeover in patronages from the Queen to other members of the Royal Family and a State Visit by the new President of the United States, Donald Trump.  Let's hope they've put the tree away at Buckingham Palace, Christmas is well and truly over.
at February 07, 2017
Email ThisBlogThis!Share to TwitterShare to FacebookShare to Pinterest
Labels: British Royalty