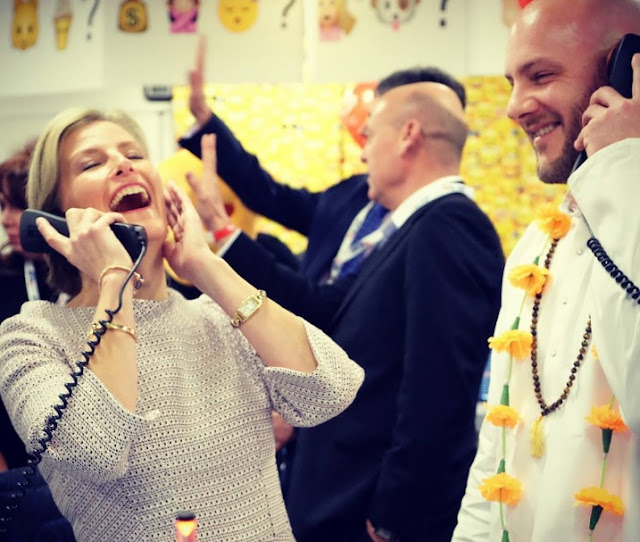 One question, one clear answer. This week's Royal Wardrobe poll asked which outfit best summed up the idea of regal dressing in 2017 and the winner was the Countess of Wessex.

Sophie was the clear victor in this week's survey. The outfit was the red and black print dress with statement hat worn to the service for the unveiling of the Iraq and Afghanistan Memorial in London on March 9th 2017.

We've seen this before from Sophie but what really made it stand out this time round was how well it matched the sense of occasion. When image means so much and social media sends photos of royalty around the world in seconds, getting it right has never been more important. Sophie's poll win shows she's got it off to a tee.
at March 14, 2017
Email ThisBlogThis!Share to TwitterShare to FacebookShare to Pinterest
Labels: British Royalty, Royal Wardrobe winners, The Royal Wardrobe