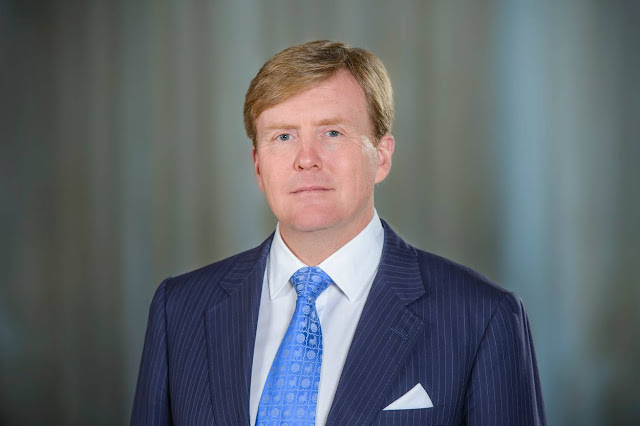 We've got a big royal birthday coming up this week. Willem-Alexander of the Netherlands is 50 on April 27th 2017 and as well as the annual King's Day celebrations, there are plenty of other parties planned as this monarch makes his half century. Willem-Alexander and Maxima are inviting 150 people with the same birthday to a gala dinner while Royal Palace in Amsterdam will open for 50 hours non stop to help celebrate. And there's all kinds of speculation that a very royal guest list will join the King and Queen of the Netherlands over the weekend for more celebrations. If they do, many of Willem-Alexander's fellow kings and queens will have tips about marking this milestone birthday as all of them bar one (we're looking at you King Felipe of Spain) have already turned fifty. As we get ready to celebrate with the King of the Netherlands, here's how some of Europe's other rulers have turned 50...


Willem-Alexander's friend and neighbour, King Philippe of the Belgians, was the last European ruler to celebrate his 50th but when he hit the half century on April 16th 2010, he was still heir to his country's throne. The then Prince Philippe, Duke of Brabant took his wife and four children to the annual Floralies of Ghent for his birthday where they enjoyed balloons and cake in a celebration spent close to his fellow countrypeople. Philippe became King of the Belgians on July 21st 2013, just months after Willem-Alexander took the throne of the Netherlands.

Prince Albert enjoyed a birthday party in Monaco in 2008 when he celebrated the big 5-0.  Just three years into his reign, Albert II brought the celebrations to his fellow countrypeople, inviting the citizens of Monaco to a party which included a giant cake complete with royal crests. Schools and offices were shut from just before lunch on March 14th 2008 to allow everyone to celebrate with Albert who was still unmarried at the time. Next year, his 60th will be celebrated alongside wife, Charlene, and their twins, Jacques and Gabriella.


Embed from Getty Images
King Carl XVI Gustaf really made his 50th a birthday to remember with a packed schedule of celebrations and royal guests everywhere you looked. The King of Sweden was 50 on April 30th 1996 when we got a balcony appearance, carriage rides, speeches and a chance for his fellow countrypeople to congratulate him. The evening saw one of the most glittering gala dinners in many years with crowned heads from around Europe joining Sweden's royals for a birthday bash. Victoria and Madeleine came in blue and yellow in a show of patriotism and princes and princesses danced into the night. This was a royal 50th to remember. 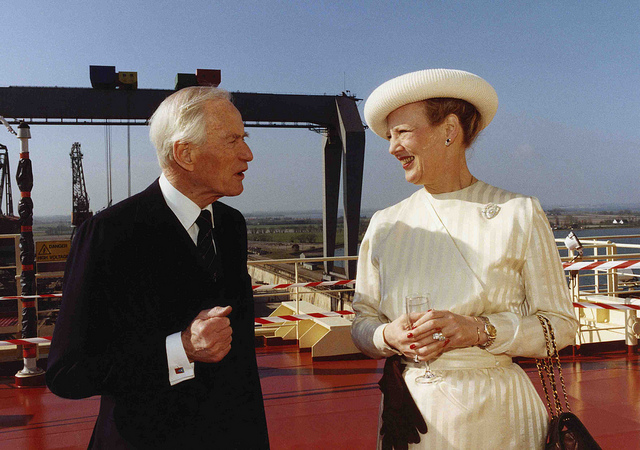 Queen Margrethe II of Denmark in 1990, the year she turned 50

It was carriages at noon and tiaras for tea in Denmark on April 16th 1990 when Queen Margrethe II celebrated her half century. The Danish queen wore regal purple for a ride through the streets of Copenhagen and during her balcony appearance gave centre stage to her mum, Queen Ingrid, who turned 80 the same year. As you'd expect from Denmark's royals, it was diamonds for dinner at a gala celebration with another glittering royal guest list as Margrethe's 50th birthday came to a dazzling end. 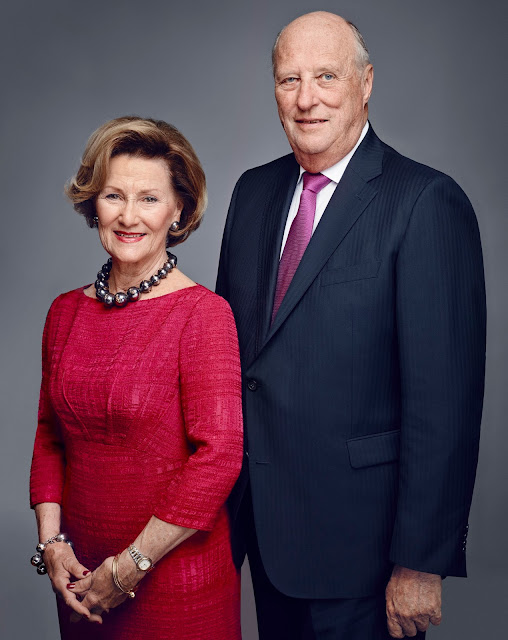 Harald and Sonja of Norway, in a Silver Jubilee portrait from last year, were both 50 in 1987

Harald of Norway was still his country's Crown Prince when he celebrated his 50th birthday on February 21st 1987 but that was no excuse not to sparkle. A glittering gala dinner, complete with royal guest list, took place in Oslo to mark Harald's half century. He succeeded his father, King Olav, in 1991.
Embed from Getty Images

Elizabeth II has had many landmark birthdays but the big 5-0 was relatively low key. She posed for photos at Windsor Castle with the Duke of Edinburgh and their youngest child, Prince Edward as she marked her half century on April 21st 1976. There had already been glittering celebrations for the Queen and Prince Philip's Silver Wedding in 1972 while the Silver Jubilee was just months away, with parties starting as 1977 got under way.  The first of Europe's current monarchs to celebrate a 50th birthday will no doubt be sending warm wishes to the latest as Willem-Alexander of the Netherlands turns 50 on April 27th 2017.