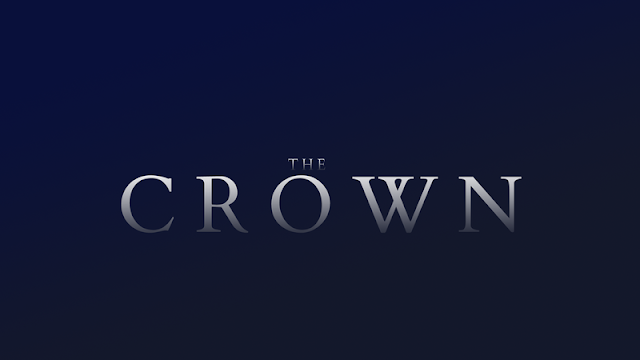 Perhaps it's another sign of just how popular royalty and royal history has become. The Crown, only available on subscription channel Netflix, is leading the way in the nominations for this year's TV BAFTAs. The first series, which focused on the accession and early years of the reign of Elizabeth II, is up for some of the biggest awards of all - it will find out whether that nomination love turns into prizes next month.

BAFTA made the announcements on Facebook this morning (you can see the whole video above). The Crown gets nominations for Best Drama, for Best Leading Actress for Claire Foy as Elizabeth II and for Supporting Actress for Vanessa Kirby as Princess Margaret.

Mirror, mirror, on the wall, who’s the fairest sister of them all? pic.twitter.com/OyC2fYRkOe
— The Crown (@TheCrownNetflix) March 2, 2017

There are two nods for actors in the series in the Best Supporting Actor category - Jared Harris is nominated for his portrayal of George VI and is up against John Lithgow for his portrayal of Winston Churchill. The Crown has already won several big awards in 2017 with Claire Foy taking the Golden Globe for Best Actress as well as the Screen Actor's Guild Prize in the same category. John Lithgow also won a SAG as Best Actor while the whole cast was recognised at the awards for its ensemble performance (the equivalent of best series at this prize giving do). It's the show everyone wants to see - and be a part of - right now. And some of that is surely down to its royal story.

They were the most famous Britons of the 20th Century. Finding the right cast for The Crown was no simple task. pic.twitter.com/Vevfptos1s
— The Crown (@TheCrownNetflix) January 27, 2017


In fact, the interest in royalty can be seen across the shows up for BAFTAs this year. Another royal linked programme makes it into the six nominations for Virgin TV's Must See Moment. What wasn't to love about Danny Dyer learning he was descended from King Edward III in what is surely the best ever Who Do You Think You Are? This compelling sixty minutes of TV also helps the series get a nod in the Features category.


The Hollow Crown: the Wars of the Roses is up for a prize in the mini series category, while Benedict Cumberbatch is nominated for his performance as Richard III. Well, everyone loves a villain. Especially when he's royal. With cheekbones. The nomination as Best Performance in a Comedy Programme for Harry Enfield as Prince Charles in Channel 4's The Windsors is slightly less reverential. But there is also recognition for the huge interest in celebrations for the big royal event of 2016 with a pick for coverage of The Queen's 90th Birthday in the Live Event category.

Can one marriage unite a divided kingdom? Watch #TheWhitePrincess official trailer and decide where your loyalties lie. It all begins 4/16. pic.twitter.com/7afuKTHKQm
— The White Princess (@WhitePrincess) February 9, 2017

Despite being on a subs only channel, The Crown has taken a big audience as well as huge critical acclaim. It is beautifully made, brilliantly acted and very well written. But that royal element also means a lot. Royalty and royal history is enjoying a huge moment in fiction, film and TV right now. At the end of 2016, ITV scored a big hit with its telling of the early years of the reign of Queen Victoria.  STARZ is about to start screening The White Princess after scoring a big success with The White Queen a few years ago. Both, of course, adaptations of Philippa Gregory novels. And while fictional tellings might sometimes gloss up or over reality, the interest in them shows how big a ticket royal TV is righ tnow.  Documentaries with a royal flavour are also big news - Channel 4 has been airing a series on the Royal House of Windsor and recently showed another factual programme called Spying on the Royals.  TV companies, publishers and film makers all need to succeed to get their next commission and the amount of royal shows around right now proves that adding a regal story to your pitch brings strong hopes of success.


The Crown proves that and then some. There is a massive interest in coming series  - just this week it was confirmed that the character of Camilla Parker Bowles will make an appearance in series three. The BAFTA success means that role will be even more coveted than before.  But royalty doesn't always get things its own way. To win Must See Moment, Danny Dyer and his right royal ancestor have got to get past Ed Balls doing Gangnam Style. The Plantagenet dynasty might just have met its toughest opponent yet.