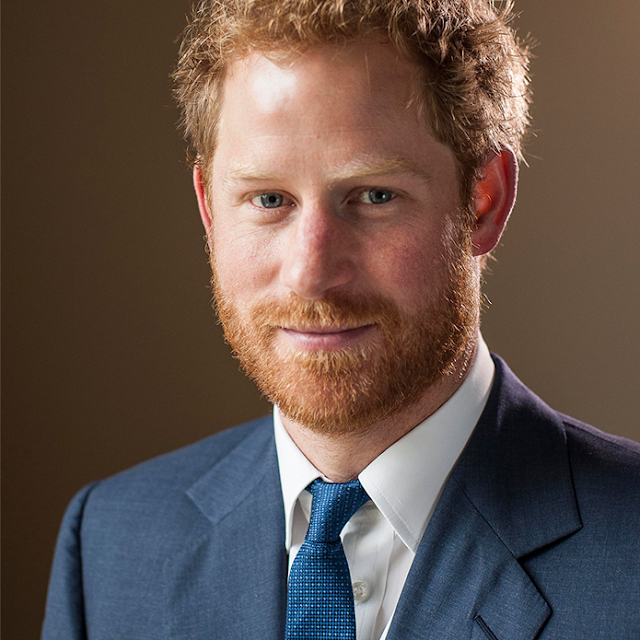 'Do you know how amazing it is, what you've just said?' Bryony Gordon's question to Prince Harry almost stops him in his tracks but her feelings have been echoed by a lot of people in the last few hours. The Daily Telegraph journalist has been speaking to Harry about mental health issues for her new podcast, Mad World. And as that goes live, and makes headlines around the world, we find out that the fifth in line to the throne is ready to talk about how he kept his feelings about losing his mum, Diana, hidden for so long that he sought counselling that has made him happier, healthier and has helped him achieve more of his dreams.

I am so so so excited and proud to say that THIS LEGEND is the first guest on my new mental health podcast #madworld #madgirl #princeharry pic.twitter.com/4rsPbWDsuq
— Bryony Gordon (@bryony_gordon) April 16, 2017

In a really open interview, lasting around 25 minutes, Harry talks about how he coped with losing his mum at the age of 12, saying ''my way of dealing with it was sticking my head in the sand, refusing to ever think about my mum, because why would that help?'' He talks about not thinking about it  for twenty years and then ''two years of total chaos''.  Harry tells us how his brother, the Duke of Cambridge, supported him to change and think about his loss. And when asked if he's ever had counselling, he says ''I've done that a couple of times, more than a couple of times...it's great.''


It's not just the fact he speaks about having counselling, it's the way he does it. It's relaxed, it's filled with confidence, it's like you'd expect a man in his thirties to talk. There's no big fanfare, there's giggles, there's a cheeky question about whether he's allowed to swear. And straight afterwards, he's talking about how great it would be if everyone was able to talk to someone once a week about their issues.

Prince Harry spoke to Bryony Gordon, whose brilliant interview also touches on her own experiences with mental health problems, as part of his work with Heads Together. Along with William and Kate he launched the campaign to change the conversation on mental health last year and in just a few days time it will be the official charity of the London Marathon while the three royals will be in the capital to cheer on the runners. Harry speaks about how getting counselling changed him, saying that since he realised he needed and wanted support he's ''been able to take my job seriously, been able to take my private life seriously''.

Prince Harry speaks candidly about his own experience with mental health and encourages others to do the same #headstogether #oktosay pic.twitter.com/Yczw8d9wyK
— Kensington Palace (@KensingtonRoyal) April 16, 2017

Ah yes, the private life. There are a few references to that but no names and no plans. In fact, the woman he talks most about is Diana. Her influence clearly touches on every aspect of his life and as he talks about Heads Together, he says he learned from his mum that 'if you're in a position of responsibility and you can put your name to something you believe in....then you can smash any stigma you want.''

The Duke and Duchess of Cambridge and Prince Harry will attend this year’s @londonmarathon together for the first time to support runners taking part in their mental health campaign @heads_together, which is this year’s Charity of the Year for the Marathon. All 39,000 Virgin Money London Marathon runners will be given a special Heads Together headband which they can wear on race day to be part of the national movement to end the stigma around mental health once and for all. During the week leading up to the marathon Their Royal Highnesses will attend several events in support of #TeamHeadsTogether - Heads Together wants to make this year’s marathon the ‘mental health marathon’ that gets the country talking about mental health and Their Royal Highnesses will cheer on all runners at points along the route on Marathon day!
A post shared by Kensington Palace (@kensingtonroyal) on Apr 11, 2017 at 3:35am PDT


That was and is the whole point of Heads Together, to get people talking about mental health, opening up, sharing, finding their own way forward to the lives they want. Harry's conversation does just that. It's a real eye opener to hear a royal talk so frankly about their emotional experiences. The interview is fascinating, fun and moving. Make half an hour today to listen to it (the link is here) - it flies by and you'll walk away with a better picture of Harry as he explains why mental health is as important as physical health. Harry's frank admissions really are a game changer - this spotlight on his own life will make a difference to many others.
at April 17, 2017
Email ThisBlogThis!Share to TwitterShare to FacebookShare to Pinterest
Labels: British Royalty, The Royal 2017