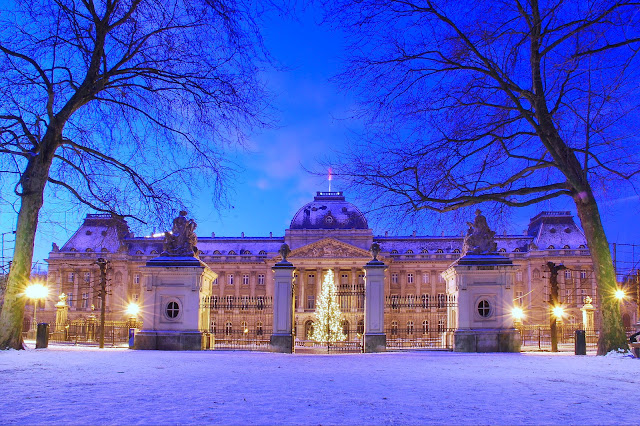 Picture perfect - the Royal Palace in Brussels, covered in snow
(photo by Matthias Zepper (Own work) [GFDL or CC BY-SA 3.0], via Wikimedia Commons)

The Royal Palace in Brussels was made to be dressed in snow. It is a beautiful building that becomes even more enticing draped in flakes and dusted in white. Like a Christmas card makers dream, it sparkles beneath snow - it is a dose of pure festive spirit.


The Royal Palace, in the very heart of Brussels, has had a starring role in a many a glittering regal occasion but it's not the home of the King and Queen of the Belgians. They live at Laeken but this neoclassical masterpiece is the official palace of the Belgian monarch and when major events come calling, this is where the royals head.

There's been some kind of castle or fortified building on this site since the 11th century but the famous front we know today and which looks so pretty in the snow is mostly down to King Leopold II who had the whole building done up as his reign progressed. 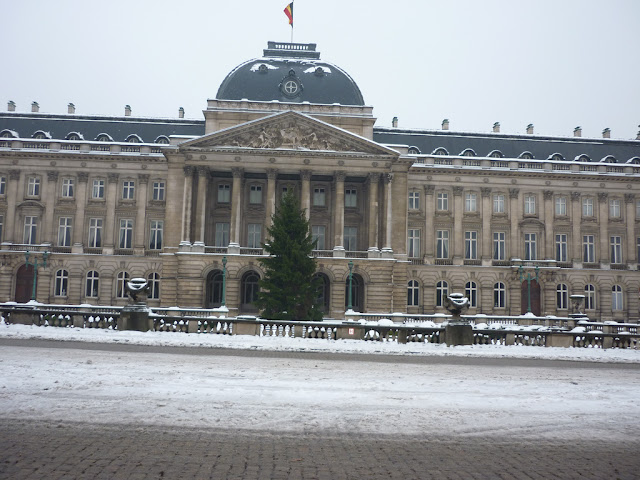 Scene of many famous moments in recent Belgian royal history, including the abdication of Albert II and the accession of King Philippe in 2013, the striking building shines in the snow. The pale stone and striking facade - 50% longer than that of Buckingham Palace - come into their own beneath the flakes of winter. This is a palace made for the snow.
at December 05, 2016
Email ThisBlogThis!Share to TwitterShare to FacebookShare to Pinterest
Labels: Belgian Royalty, Palaces in the Snow, Royal Christmas Countdown