The Royal 2016: Prince Henrik scales down his duties

The New Year began with the surprise news that Prince Henrik of Denmark, consort of Queen Margrethe II, would be scaling back his official duties. The news was announced in the traditional New Year's Eve speech given by Margrethe. Just hours later, the couple made their first public appearance since...here's how Henrik's new royal life began.

The New Year levees in Copenhagen once caused Prince Henrik, consort of Queen Margrethe, to flee to France when he felt he had been snubbed by not hosting them in the place of his ill wife. As 2016 got under way, he was definitely the star of this royal show with all eyes on the Prince Consort as he made his first public appearance since his wife announce he would be retiring from public life.  The prince will be scaling back his official engagements with Margrethe describing it as a retirement. So there was huge interest in the prince as he accompanied his queen to the gala at the Amalienborg Palace in Copenhagen - these images mark a milestone in his royal life as he steps into a new phase of it. 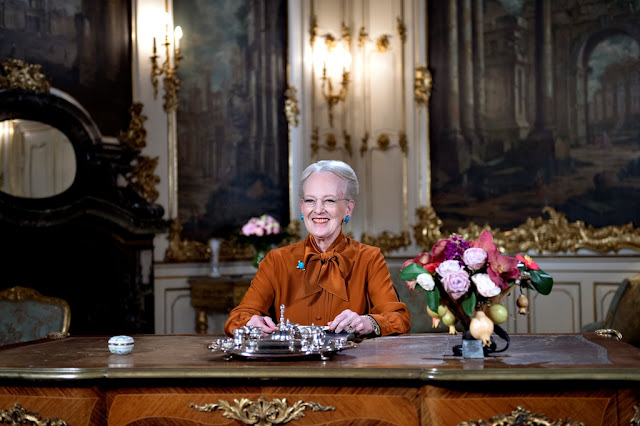 But if Henrik got a lot of attention, so did Crown Princess Mary who has just returned from Australia where she spent Christmas with her husband and children. And the trip back home clearly suited her as she looked beyond regal as she stepped out for the event. 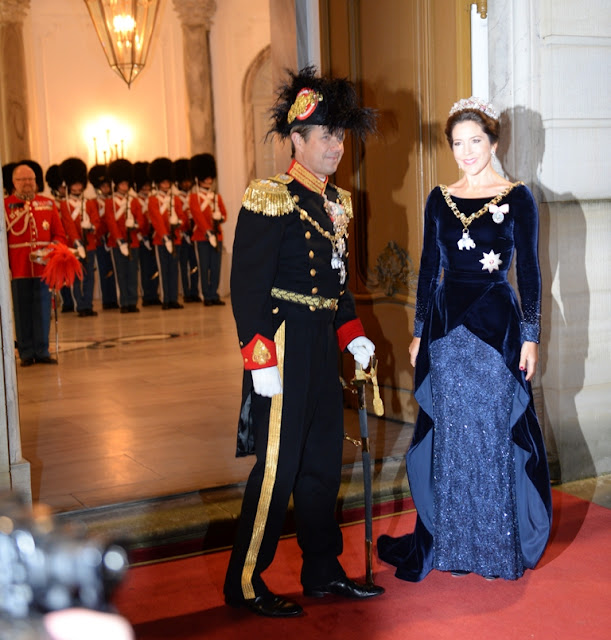 Prince Joachim and Princess Marie were also present with Marie the only one of the royal women not to wear blue. The couple were last seen attending a Christmas Eve service with Queen Margrethe and Prince Henrik - the Prince Consort's last public appearance before the announcement of his retirement. 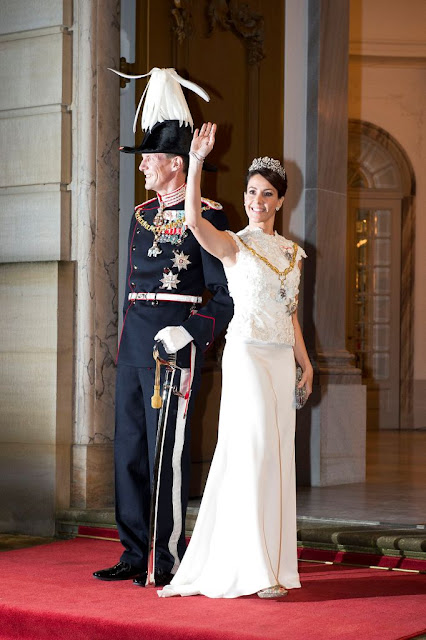 But the show belonged to the man who wanted to be king and who said, on more than one occasion, that he should bear that title. Henrik now begins a new role for himself as husband of a queen but staying in the background. The New Year is bringing a new challenge for this Prince Consort.

at December 04, 2016
Email ThisBlogThis!Share to TwitterShare to FacebookShare to Pinterest
Labels: Danish Royalty, The Royal 2016